There are many types of cancer and everyone reacts differently. This is why we have developed our Molecular Oncology Protocol which consists of several different treatments combined to create a specialized treatment regime for your particular case. Scroll down to find a brief overview of the steps taken. 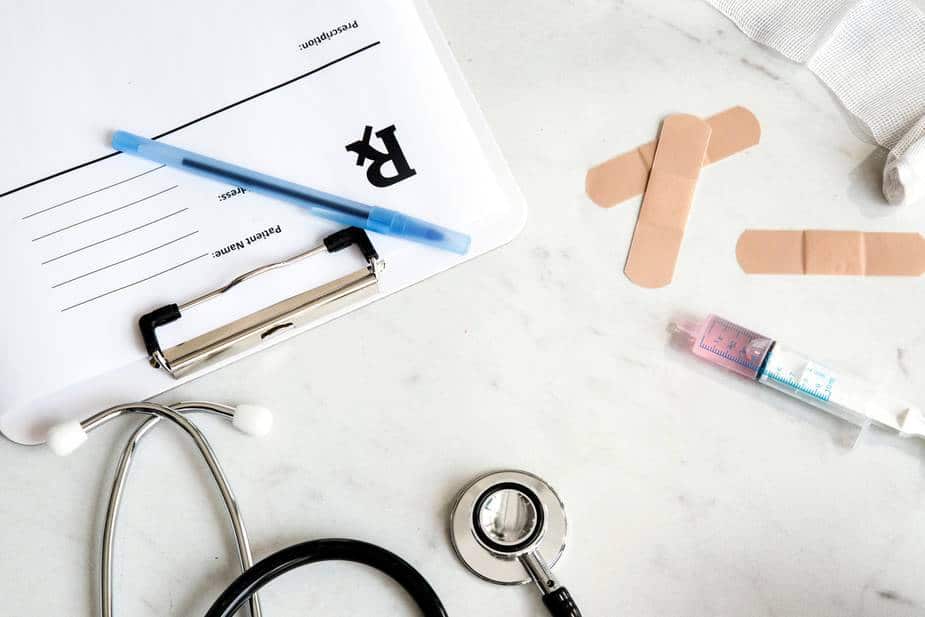 First, we gather all available medical records and blood tests for a proper evaluation. From this evaluation we determine what additional tests are needed along with the recommended treatments. 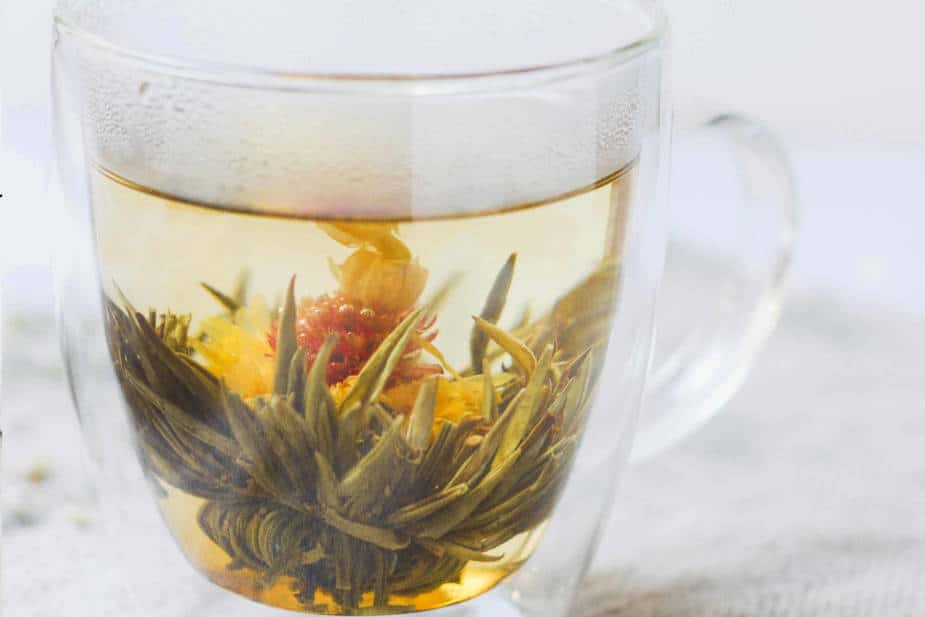 The body is detoxified with various forms of teas, herbs and enemas (coffee, wheatgrass and shark cartilage). Defoxification can also be done with chelation through IV drips. 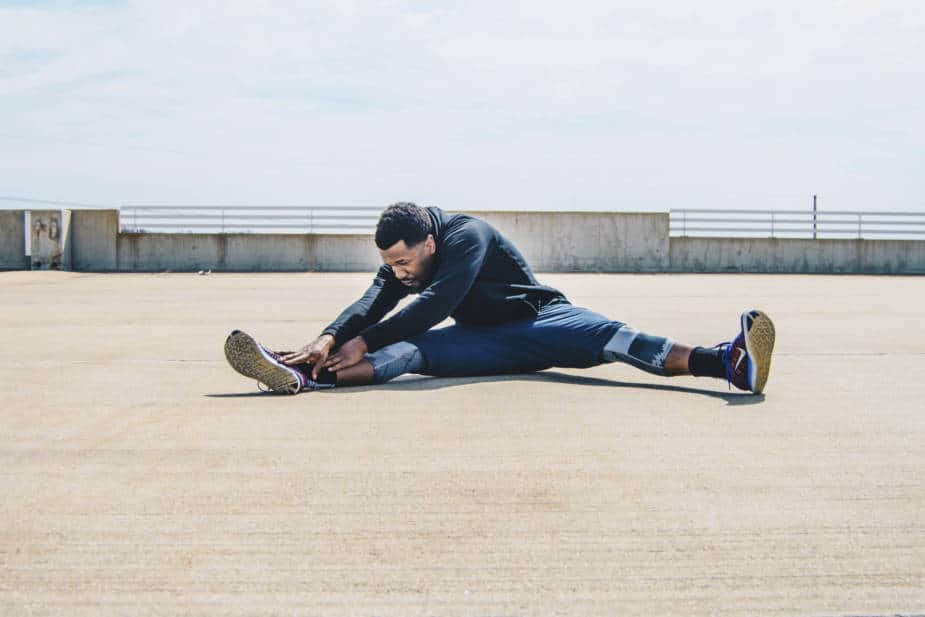 The autoimmune system is strengthened. Depending on what treatments have been done in the past, various forms on immunotherapy, vaccines and Stem Cell therapies may be administered to build up the autoimmune system before attacking the cancer. This can also be done with vitamins, minerals and immune strengthening injections. 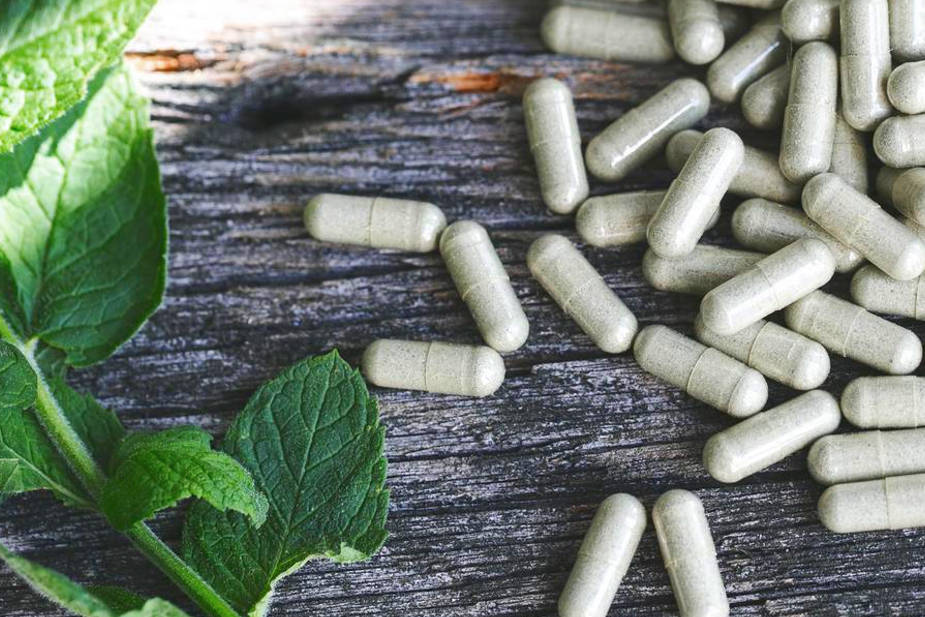 Before diving into the most extensive part of the protocol, oral doses of pancreatic enzymes are needed to reinforce the digestive and hormonal functions of the pancreas, since it is not only connected to the small intestine to abilitate nutrient absorption, it also connects to the bloodstream and nervous system to send the nutrients throughout our whole body. But that is not all , it has been stated that the pancreas is the main agent of all general chemical processes in the organism, meaning that the metabolism depends on it! 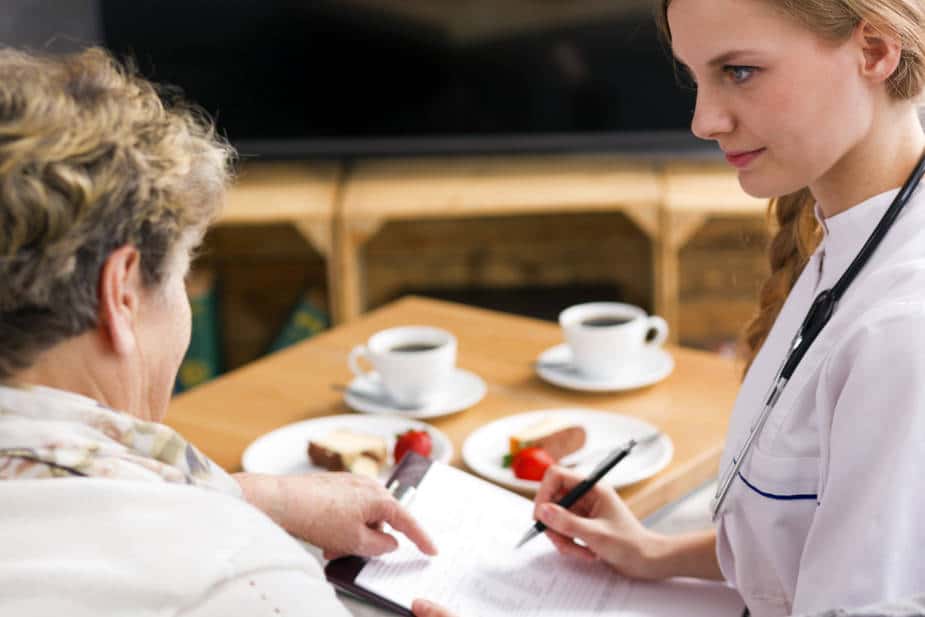 Molecular Oncology treatment. The current medical reports and blood test results will determine which formulation of treament will be used to attack the patient’s cancer.

Here is a list of treatments that are used:

Laetrile (or amygdalin) has shown a dramatic relief of pain, thus reducing the narcotic ingest. Also, a possible regression of malignant tumors has been reported. Laetrile is able to reduce glutathione concentration, a detoxification enzyme known to intercept and inactivate antineoplastic agents (tumor inhibitors). On top of that, glutathione is highly present in cancerous tissues, causing more resistance to therapy.

Even when conventional treatments are highly efficient at attacking cancer cells, they also aim to healthy cells, including cells involved in the immune response. As part of a cancer treatment, vitamin C (or ascorbate) provides a much needed immune response. Another application is to fight oxidative stress (which results in inflammation), and since vitamin C acts as an antioxidant, it helps to inhibit inflammation.

It is called potentiation for a reason. It enhances the benefits of chemotherapy removing the need of high doses and with it, reducing side effects. The mechanism is simple: it modifies the permeability of cell membranes allowing targeted cancer cells to ¨swallow¨ drugs more easily.

Sauna benefits start with the high temperature achieved, which mainly affects cancer cells because they are hypoxic (require low oxygen levels) and hypoxic cells are more sensitive to heat. Also, steam from sauna exposes the epidermis to the beneficial effects of ozone, mainly being an activation of the lymphatic system.

This is commonly recommended for initial cancer patients with a non-aggressive form of tumor. Hydrogen peroxide takes advantage of the hypoxic conditions needed by malignant cells, while at the same time revitalizing healthy cells.

You will be able to experience oxygen at its purest form. This treatment allows intermittent breathing of pure oxygen at a pressure greater than atmospheric. Having high levels of oxygen in our cells has a lot of benefits, including changing the hypoxic (low oxygen) ideal environment of a tumor into one that challenges their mechanisms and assists on their deaths. Oxygen is also added to our plasma (blood) through breathing, thus gets delivered to all tissues.

Tumor cells have developed chemical and physical mechanisms to escape immune response; cancer immunotherapy was created to detect and interpret them. Due to the difficult manipulation of immune cells, in recent years stem cells have been chosen instead. When thinking about stem cells, we often recall that they are located in the bone marrow; however findings have shown that they can also be found at skeletal muscle, brain, cornea, liver and pancreas, among others. Stem cells can also be induced. Pluripotent stem cells are generated from the patient’s somatic cells (any cell other than the reproductive ones), meaning they could be taken from the blood or skin. Adult stem cell treatment curbs the immune attack and tissue damage, displaying strong immune properties. 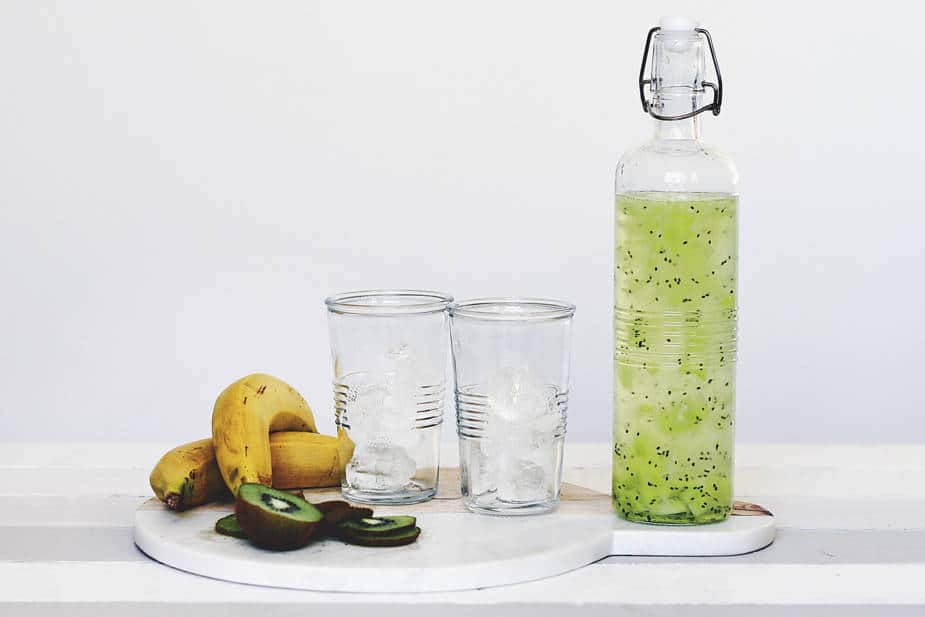 A holistic approach to cancer includes an alkaline diet. The following diets are always recommended: 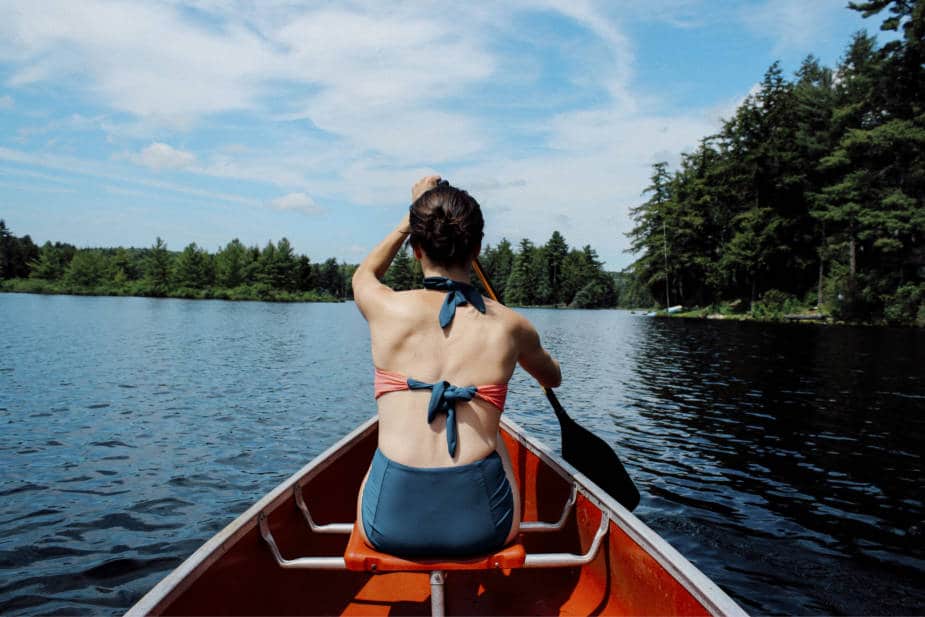 With the practice of meditation you can acknowledge the relationship between mind and body, and by lowering stress levels after practice, there is a better immune response. It is always wise to try out everything within our reach to strengthen the immune system. White blood cells are continuously flowing in our bloodstream to fight against infections and diseases, the raise of white blood cells or leukocytes is much desired when cancer is present. Among the many benefits of meditation, an increment of leukocytes count stands out.

Many online sources state that Laetrile is toxic. How can you state otherwise?

Laetrile is amygdalin synthesized on a laboratory, there is a controversy around the ineffectiveness of Laetrile and its health risks; however it has been stated since 1962 that when it is taken in a manner other than orally, is non-toxic.

How does Laetrile work as a cancer treatment?

Results obtained with Laetrile are mainly because is part of a cancer protocol, and not a standalone therapy. Amygdalin is found naturally in some fruits and nuts which points at our own ability to digest it. After that happens, the cyanide is neutralized by healthy cells with the help of the rhodanese enzyme. Cancer cells, on the other hand, lack this enzyme, and the result is a depletion of a crucial amino acid used for tumor growth, cysteine. Without it, glutathione can no longer be produced and a malignant cell becomes susceptible to cancer treatments.

How is vitamin C administered?

Due to oral doses limitations, vitamin C is given via IV. The infusion is a high dose in the order of grams exceeding greatly the Recommended Dietary Allowance (RDA).

Could you explain how a vitamin C treatment works?

A concentrated dose of vitamin C produces a high volume of hydrogen peroxide, a lethal molecule to tumorous cells since they do not have enough catalase enzymes to destroy it. Also, vitamin C is part of this cancer protocol because we know that best results can be obtained if it is used conjointly with an ozone therapy, such as the hyperthermia ozone sauna.

How is DMSO administered?

It is usually applied topically near the area where cancer has been detected.

Are there side effects to DMSO Potentiation Therapy?

Only certain patients have observed two side effects: breath odor and mild local burning. It is generally well tolerated.

That still remains a fact. Patients are placed on a sealed sauna cabin up to their neck to prevent ozone release and respiration. The head is always out of the cabin, in a comfortable position, never experiencing the sudden heat, steam and ozone release.

Why do malignant cells thrive in a low-oxygen environment?

Their low oxygen needs (hypoxic) are an adaptation to their rapid growth, when major changes on size are taking place, a chaotic arrangement of blood vessels develops and the lymphatic vessels also become insufficient; what happens next is the inability of a tumor to capture nutrients from the blood and remove waste through the lymphs. In the end, oxygen is compromised and the only way a tumor is able to survive is by changing its needs.

Could hypoxia be considered an advantage when treating cancer?

It depends. Traditional methods, like chemo and radiotherapy, are sometimes unable to work as intended because they cannot work in hypoxic microenvironments (each tumor has a chaotic and unique arrangement of vessels). But this also means that if we select the appropriate complementary and alternative therapy, we have a greater opportunity of success.

How can a normal cell be turned into a stem cell?

This is done through genetic reprogramming. Basically, the cell is forced to express genes and factors that defines it as a stem cell; what induces this reprogramming varies.

How does a stem cell work as part of immunotherapy?